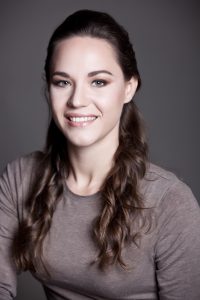 Mirella Santos David has been dancing since she was a few years old. Her passion for dancing started with classical ballet and streetdance. When she realised that she wanted to become a professional dancer, she auditioned at the Albeda Dans College in Rotterdam. They could not deny the talent that Mirella has. With lots of passion and dedication she started her education to make her dream become reality. After 4 years of training various dance styles like classical ballet, modern, jazz, afro and urban-pop, she earned her certificate and that was the start of her career. She danced in movies, dinner shows, as background dancer for various artists, big events and many more projects. Over the past decade, Mirella has specialised even further by embracing the ‘partner dances’ together with her husband Carlos.

In 2015 Mirella and Carlos were on the television show Everybody Dance now. They were runner up with some outstanding tango performances. During one of the shows, Carlos got down on his knees and asked Mirella to marry him, which they did on 2nd July 2016.