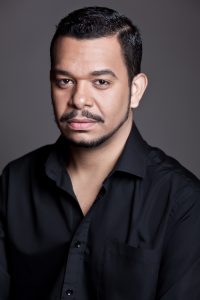 Joao Carlos Santos David was born in Brazil, where he was raised surrouned by music and dance. He shares his passion and love for the Argentine Tango and Samba with everyone. He danced in a great number of shows in Brazil one of them being Tango & Passion. At one point Carlos decided to live in Buenos Aires to expand his knowledge about the Argentine Tango. Here he had lessons from many well known teachers. In 2008 he started his international career as dancer and teacher on the cruise ships of Costa Cruises and travelled the whole world doing so. Nowadays he lives in The Hague together with Mirella. Together they make a great couple that is very active on national, as well as international level. Brazil, Argentina, Italy, Russia and Germany are some of the countries where they come every year. In these countries they teach, perform and take lesssons from other big maestros, because “As a dancer you are never done learning!”