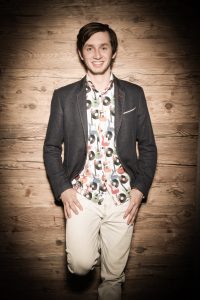 Jory started dancing at a very young age. As a former breakdancer he danced in several shows. Jory came in touch with the Argentine Tango because of Lorena and within a year he travelled to Buenos Aires to be trained by some of the best teachers in the world. Beside his talent for dancing, he has a great interest in the music of the Argentine tango and developed a lot of knowledge about it through the years. As a teacher Jory is known for his musicality, speed, technique, elegance and playfulness. Nowadays he is frequently asked as a tango dj in several milongas throughout The Netherlands.

In the Uk European Championship of Argentine tango in June 2015, Lorena and Jory participated in the categories Tango Salon and Tango Stage. In that year, they became Uk European Champions in Tango Stage and were runner up in the category Tango Salon. In 2018 they became Champions Tango de Pista Europe in Germany. They were also semifinalists at the Worls Championship in Buenos Aires in 2018.